The Answer to Infantile Colic in Augusta GA 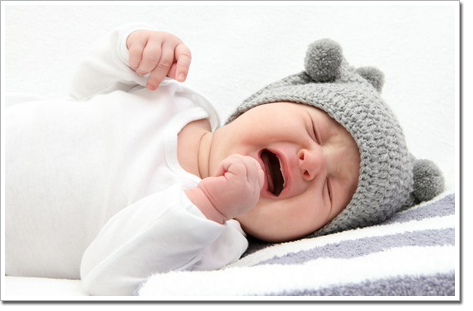 Infantile colic is the term commonly used to describe an otherwise healthy infant who exhibits persistent, forceful crying for no apparent reason. The crying usually persists for several hours each day and is usually evident at least five days in each week. Parents’ attempts to comfort the infant by holding and rocking the child, changing the diaper or by offering nourishment have little or no effect on the condition. An infant with infantile colic will have a tense, rumbling abdomen, with knees flexed, tight paraspinal musculature and will emit an excessive amount of gas. Occasionally the head and neck will be arched backwards.

Colic affects about 20 percent of all infants with symptoms most commonly occurring at one to four weeks of age and ending spontaneously at around three to four months. The exact cause of this condition has not been precisely determined, but the good news is that many infants have been shown to respond well to chiropractic care.

Research studies into the effects of chiropractic care for infants with colic show excellent results. The most significant study of this condition showed satisfactory improvement in over 90 percent of the infants who received chiropractic care.  In this study, conducted by Dr. Klougart, Dr. Nilsson, and Dr. Jacobsen, 316 infants with colic received chiropractic evaluations and were treated as necessary. Improvement was noted within a two week period in 94 percent of the infants treated, on average, after only three treatments.

In another study, The National Health Service in Ballerup (Copenhagen, Denmark) conducted a study involving 50 infants with diagnoses of infantile colic.  Half of the group was given the drug dimethicon while the other half was given chiropractic care.  In this study nine of the 25 taking the drug dropped out of the study because the infants were getting worse.  These infants were then not counted in the final results, which would have shown a worse result for the drug than published. Even with the removal from the tabulations of the infants who got worst using the drug, the results showed a significant improvement in the group that were under chiropractic care.  By days 4 to 7 of the study, the infants remaining in the drug group had reduced their hours of crying by only one hour while the entire chiropractic group had reduced crying hours by an average of 2.4 hours.  The results after 8 to 10 day into the study continued to show the drug therapy infants at a one hour improvement while the chiropractic group further improved to 2.7 hours less of crying.  The researchers noted that the removal from the study of the infants that got worse from the drug made the results from the drug look better than they actually were.

If you are looking for an Augusta GA Chiropractor and would like to find out if chiropractic care may be beneficial for your child, contact us for a complimentary consultation.  Georgia Clinic of Chiropractic has had tremendous success in treating children of all ages from a range of health concerns including sleep problems, scoliosis, and infantile colic.