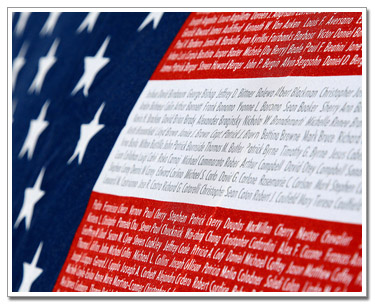 On November 15, 2002 a ceremony was held onboard the dinner cruise ship, Mystique, in the waters of the East River with New York City’s surreal skyline illuminated in the background. The ceremony included an emotional tribute to the police officers, firefighters and other rescue/relief workers who contributed to the effort on 9-11 and the following months, and the chiropractors who assisted them around the clock for months after 9-11.

Chiropractors from all over the U.S. immediately began working to aid and relieve the stress and trauma suffered by men and women working at the WTC site. They were using a model of care formulated when they were pushed into action by the Murray Building bombing in Oklahoma City. Working six-hour shifts, chiropractors were adjusting police officers, clergy, FBI agents, “diggers”, crane operators, FEMA staff, fire fighters, and the Red Cross. In the “clinic” on site, there was a hand-lettered sign that said: We’re Americans. We’re Chiropractors. We’ll Adjust.

The moving ceremony carried hundreds of chiropractors under the Brooklyn Bridge and around to a spot in the Hudson River just offshore of the Ground Zero site where the boat stopped and there was a moment of silence, followed by bagpipers playing Amazing Grace. Sergeant David Wadler of the New York City Police Department read an emotional letter written by Raymond W. Kelly, Commissioner of the New York Police Department. The text of the letter read as follows, “On behalf of the New York City Police Department, I want to express my deepest thanks and gratitude to the New York Chiropractic Council and its members for all the assistance you rendered during the recovery efforts at Ground Zero. In the wake of the September 11th attack on the World Trade Center, most of the public’s attention was focused on the valiant efforts of police officers, firefighters and other rescue workers who responded so heroically. But what was not so obvious to the public at large were the courageous efforts of those who volunteered their time and medical expertise to assist in the recovery. Over the course of eight months, close to two million tons of debris were removed from Ground Zero. The chiropractors played an important role in this incredible feat. Your professional treatment of thousands of rescue workers helped all who were involved in the recovery efforts to persevere. You are among the many quiet heroes of September 11th whose contributions will not be forgotten.”

Rudolph W. Giuliani, the Mayor of New York at the time of the 9-11 tragedy also sent a letter that was read at the event. In his letter he said, “As you gather today to celebrate the contributions of the countless chiropractors who volunteered their time and hard work to the rescue effort at Ground Zero, I would like to offer my congratulations and sincere thanks. Last year’s coordinated efforts at the World Trade Center site not only helped the rescue and clean up crews, but boosted the morale of New York City .The outpouring of volunteers and supporters proved that New York was far from beaten. In fact, the tragedy brought us closer together and made us stronger. Thank you for your determination and tireless devotion.”

The event was hosted by the New York Chiropractic Council and kicked off their 13th Annual Convention. The Council paid tribute to the rescue workers and the hundreds of doctors of chiropractic who came from across the nation to serve at three respite sites set up by the Red Cross. Within minutes after the horrific events of Sept. 11, 2001, Doctors of Chiropractic were on the scene to provide sorely needed chiropractic care to relief workers and volunteers who worked 12 (or more) hour shifts for weeks and months on end. Chiropractic care was present at both the Red Cross respite sites and St. Paul’s Chapel 24 hours a day, seven days a week until the end of May 2002.

Today marks the ten year anniversary of September 11.  Let’s reflect on the heroes of that day–the firemen, the police, the relief workers, the chiropractors, and all the volunteers—people who emerged from different walks of life to come together as Americans to do what we do best—unite as a nation and through actions, truly show what a big and courageous heart our country has.  Adm. Mike Mullen, chairman of the Joint Chiefs of Staff, said the attacks proved that while America’s enemies could kill its citizens, they “could not kill our citizenship.”  God Bless America.