What They Don’t Tell You About Back Surgery 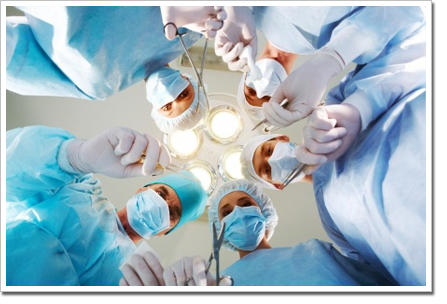 There’s an 80 percent chance you’ll suffer back pain during your lifetime, for which your medical doctor will likely recommend over-the-counter pain medication or prescription medication to relieve the pain temporarily. Depending on your doctor’s assessment and how you respond, they may even consider you a candidate for spine surgery at some point, an increasingly likely (and dangerous) option.

But before you decide to spend five figures to undergo a surgery that will permanently alter the way you live, you should consider the facts that aren’t readily printed in glossy brochures or mentioned in slick commercials.

Research suggests that of the 500,000-plus disk surgeries that are performed annually, as many as 90 percent are unnecessary and ineffective. Richard Deyo, MD, a professor at Oregon Health and Science University, notes, “It seems implausible that the number of patients with the most complex spinal pathology [has] increased 15-fold in just six years” and mentions one strong motivation includes “financial incentives involving both surgeons and hospitals.”

A study conducted by Deyo and Cherkin in 1994 compared international rates of back surgeries and discovered that the rate of American surgery is unusually excessive and directly attributed to the supply of spine surgeons: “The rate of back surgery in the United States was at least 40 percent higher than any other country and was more than five times those in England and Scotland. Back surgery rates increased almost linearly with the per-capita supply of orthopedic and neurosurgeons.”

What else accounts for the extremely high rate of back surgery?  We know one thing: Doctors and hospitals are making huge profits off the backs (no pun intended) of unsuspecting patients who are not told there may be better and cheaper ways to solve their back pain with chiropractic care or other non-invasive methods.

According to Pran Manga, PhD, a health economist, “There is an overwhelming body of evidence indicating that chiropractic management of low back pain is more cost-effective than medical management.” He is not alone in his assessment. Numerous international and American studies have shown that for nonspecific back pain, manipulation is heads above all other treatments. In fact, Anthony Rosner, PhD, testifying before the Institute of Medicine, stated: “Today, we can argue that chiropractic care, at least for back pain, appears to have vaulted from last to first place as a treatment option.”

Chiropractic care not only has catapulted to the top of the list for back pain care; chiropractic patients are also extremely positive about their treatments. TRICARE, the health program for military personnel and retirees, evaluated patients’ response to chiropractic care. The enormously high patient satisfaction rates astounded the TRICARE administrators, with scores that ranged from 94.3 percent in the Army. The Air Force tally was also high, with 12 of 19 bases scoring 100 percent; and the Navy also reported ratings in the 90 percent or higher. Even the TRICARE outpatient satisfaction surveys (TROSS) rated chiropractors at 88.54, which was 10 percent “higher than the overall satisfaction with all [health care] providers.”

T.W. Meade, MD, of the Wolfson Institute of Preventive Medicine in London, surveyed patients three years after treatment and found that “significantly more of those patients who were treated by chiropractic expressed satisfaction with their outcome at three years than those treated in hospitals – 84.7 percent vs. 65.5 percent.”

So, what’s the take-home message? Most people experience back pain, and much more often than not, it’s caused by something that doesn’t require extreme intervention, like a tumor, fracture, infection, etc. When back pain strikes, chiropractic is a great first choice, but too many people end up taking medication – or even worse, they end up in a vicious cycle of medical care that eventually can lead to the operating room – for back pain that could have been managed conservatively in the overwhelming majority of cases. That’s something to think about the next time your back hurts.

This article was contributed by Author and Chiropractor Dr. J.C. Smith.