Chiropractors–UnSung Heroes in the Military 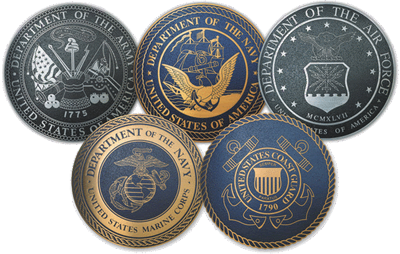 Chiropractic has been known to help people rebound back to work–whether it was a firefighter with a work injury or a teacher with chronic pain.   Take for example, Jerry Rice or Willie McGinest.  During their football careers, they relied heavily on chiropractic to help heal their bodies from all the hard hits and countless tackles.  As chiropractors in Augusta GA, Georgia Clinic of Chiropractic has helped a vast range of patients to reduce their time off from work through proper chiropractic care.  In the military however, being sidelined for medical reasons takes on a much more serious note.  Below is an excerpt from an article that the American Chiropractic Association published, showing just how pivotal of a role chiropractic plays in the military.

Once upon a time, military doctors treated a malady they called “rucksack palsy,” caused by carrying heavy backpacks for many miles. Today’s soldiers still must carry heavy loads, including 30 pounds or more of body armor. Combine that with long deployments in challenging terrain, sitting in uncomfortable positions while riding in long convoys, sleeping on notoriously ill-supporting Army cots and facing the day-to-day stress of living in a war zone, and you’ve got the makings for a musculoskeletal nightmare.

And chiropractors—who have been treating U.S. military in ever-increasing numbers since 1995—continue to prove themselves to be a valuable part of the military healthcare system.

“Everything connected with the military is functional, but very little is ergonomically correct, whether it is getting into and out of a sailor’s bunk, lifting heavy ordinance onto the bomb racks of a wing, or pushing aircraft around on a flight deck,” says Donald Baldwin, DC, a civilian chiropractor who provides care at the Jacksonville Naval Air Station, and is one of the Navy’s longest-serving contract chiropractors.

“Intense and constant vibration combined with poorly designed seats affect the low backs of helicopter pilots and air crews,” he says. “The G-forces experienced by the jet pilots on a daily basis compress the spinal disks, and many complain of severe headaches and back pain.”

“In this day of increased numbers of operations, longer sea duties and fewer personnel available, there is no doubt in our minds that the need for chiropractic care being readily available is very real,” Dr. Baldwin continues. “It has been said that chiropractic care for our military is the ‘unseen force multiplier,’ allowing maximum use of an ever-shrinking number of available personnel.”

Stephen Capps, DC, who serves Army troops at Fort Campbell, Ky., says he’s seen many soldiers whose military careers would have ended prematurely if not for the care chiropractors were able to provide. 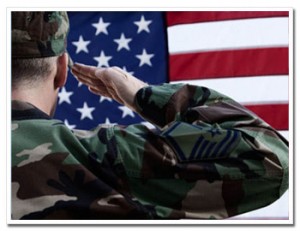 “In general, there are many soldiers who have responded favorably to chiropractic care who would not have been able to complete their tour of duty because of the issues they were having with neck or back pain,” said Dr. Capps, a retired command sergeant major who spent 24 years in the National Guard and Army Reserves. He has provided chiropractic care as a contractor for Army troops since 1995.

Before his retirement from active military duty, Dr. Capps once provided emergency chiropractic treatment under battlefield conditions. It was during Operation Desert Storm in 1991, and Dr. Capps had deployed to the Middle East with an Army Reserve unit.

“There was a supply sergeant doing some heavy lifting, loading some ammunition onto some vehicles, and the soldier was down with severe back pain and couldn’t get up,” Dr. Capps recalls. “I went over under blackout conditions about a mile; it was on the border between Saudi Arabia and Iraq. I was able to work on this individual using a red-lens flashlight, get him up and move him to a secure area. I radioed the next day to see if they’d gotten him mede-vac’ed out, and they said ‘no,’ he was up walking around, working and doing just fine. So is there a place for a chiropractor in the forward-deployed units? Yes. You won’t get chiropractors making house calls in the night under normal routine situations, but there are chiropractors who have been deployed with various units.”

Most chiropractic care isn’t provided under such dramatic conditions, but the results can nevertheless be just as life-changing.

“There will be a knock on my office door; it will open, and there will be a flight surgeon or medical officer entering with his patient and sometimes carrying X-rays,” says Dr. Baldwin, describing the way in which many of his patients arrive. “He or she will say something like, ‘Doc, I checked your schedule; you are full, but I have done all I can with this patient but have made no progress. He will either be battle-fit and ready for deployment in a very short time, or he will face a medical board and be discharged. You are our last hope. Do your magic, and fix him.”

And what does Dr. Baldwin do?

“I do what I was taught to do,” he says. “I do what every chiropractor does many times every day. I take care of the body presented to me. I consult, examine and adjust. Most of the time, they look puzzled, take a few tentative steps, make a few testing movements, and then come the grins. No, most are not healed magically on the spot, but they feel better and know that for the first time, someone knows what’s wrong and how to help them.”

This article was contributed by Rebecca Jones of the American Chiropractic Association.