An Interview with the Filmmaker of ‘Doctored’ 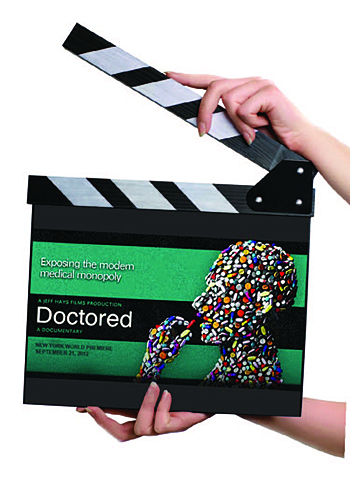 In our previous blog post, we mentioned the recent release of the documentary ‘Doctored’, the brainchild of director Bobby Sheehan and producer Jeff Hays.  The documentary sheds light on the dark side of the healthcare system, and how you, as the patient, gets short-changed through a system that prizes profit over a patient’s well-being.  Lori Burkhart from the ACA recently sat down with producer Jeff Hays, and below is an excerpt from that interview:

And then what happened to you as an adult [with regards to your experience with chiropractic]?
I never gave much thought to chiropractic, and then I read The 4-Hour Body, which was a New York Times bestseller. In the book, the author talks about all the money he wasted trying to get over injuries, but one thing he said that worked was a DC in Kaysville, Utah, named Craig Buhler. I thought, “That’s 45 minutes away, so I’ll make an appointment for my shoulder problem.” He is a gifted healer, and that doesn’t mean he is not scientific. I mean he is just gifted. As I got to know him, he knew I made films, and he was asking when I was going to make another movie and said, “You ought to make one about the Wilk case.” I had no idea what the Wilk case was, and he told me that medical doctors couldn’t even associate with DCs. I was stunned. I remembered my dad saying my mom went to the quack chiropractor, but there was no meanness to it even though it wasn’t a polite thing to say.

So I read about Wilk and didn’t know if it was timely enough to be strong enough for a film. But in the context of how we have lost control of medicine, lost control of our health, how health care is not run by physicians and healers—it is run by MBAs and bankers— that is the big story, and this is the perfect way to tell that story. So I went back a few weeks later and told Dr. Buhler, “Hey, I am going to make your movie,” and he started crying. And I realized that he is not embittered, but he is beleaguered; as I came to know a lot of these doctors of chiropractic, I realized they are fighting a battle just to be able to help people.

So it turned into a project for you?
This was a small project when I announced it in November 2011. I met Dr. Keith Overland that day, looked him in the eyes and told him I would have it finished by Feb. 16, 2012 (for the ACA House of Delegates meeting). I have made small film projects fast before, and I had no idea it was going to turn into the Dr. Zhivago of health care films. Since then, I have met some of the finest people in the world. Our filming has taken us from one end of the country to the other. 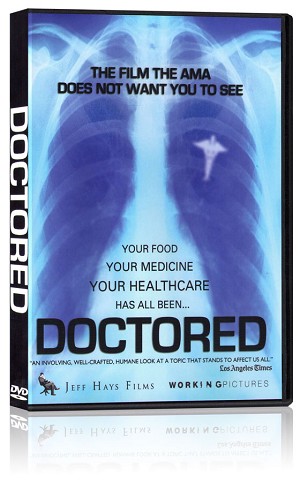 How did you fund the project?
This is like the shoe business: You wouldn’t make shoes that nobody wants to buy. My true business criteria are number one, I want to make an impact, and number two, I want to make money.

I was introduced to Dr. Mike Flynn, the president of the World Federation of Chiropractic, who also is on the board of the Foundation for Chiropractic Progress. Dr. Flynn set up a meeting for me with five or six people in Dallas when they were having the Congress of Chiropractic State Associations. I walked in the room, and instead there were over 30 people. There I met Charlie Dubois, and he said if you really want to make this movie you need to talk to Dr. Lou Sportelli and Kent Greenawalt and myself because we really support the profession. That put me on the phone with Dr. Sportelli. Once he bought in, those three vendors really kicked off our financing.

Realize we are setting a new standard for health care films. We are going into this arena and raising the bar. We hope the people that follow us raise the bar again. And let’s keep this debate going.

You have interviewed many DCs and done much research. What surprised you while making the movie?
The biggest surprise is my view of DCs. Before the movie, if I had a sore neck I might go see one. I had no idea the philosophy of chiropractic and its effect on overall health. I assumed that DCs didn’t prescribe drugs because they couldn’t. I had no concept there was even another way. I was put on blood pressure medicines for 20 years, and I never skipped a day. It never occurred to me to ask, is there another way to treat my blood pressure? So what I think America doesn’t know is the effect that chiropractic can have on overall health—not just the adjustment, but the concept of drugs last, not first, eating right and exercise. I think the basic philosophies are concepts that chiropractic hasn’t been able to communicate all these years, at least not to me.

What’s new with the movie’s release dates and screenings?
The film’s premiere is in New York City on Sept. 21, at the Village East. Our Los Angeles premiere is a week later, Sept. 28, at the Monica, which is a great theater in Santa Monica. We will at that same time be releasing the film in five other cities—Dallas, Atlanta, Chicago, Austin and Detroit.

Jeff Hays is also the filmmaker of On Native Soil, the documentary that analyzes the efforts by the families of 9/11 victims to create the 9/11 Commission.

If you would like to get a second opinion to find out if drug-free treatments with an experienced chiropractor in Augusta GA may be beneficial for you, you can schedule a complimentary consultation at Georgia Clinic of Chiropractic.  Many of our patients have said they wish they had considered other alternatives sooner.  Our complimentary consultations are an integral part of our patient experience here, and our goal is to make sure that you, not some other third-party company, remains in control of your healthcare.