Latest Study on Low Back Pain and Active Duty Military: Success with Chiropractic 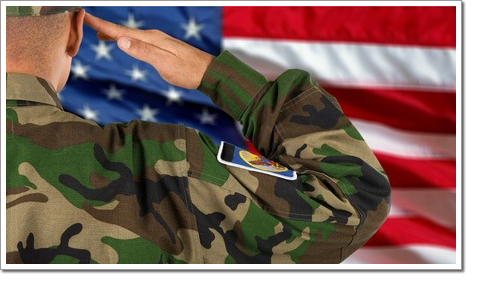 The latest research study published by the orthopedic journal Spine demonstrates how effective chiropractic care can really be for low back pain.  The active-duty military personnel exemplify heroism at its finest, and with it, the physical challenges as well.  There is therefore no better patient to administer treatment to for low back pain than the active-duty military patient.  And that’s exactly what the study did.

With its results just recently published, the randomized, controlled trial pilot study was funded by a grant from Samueli Institute, Alexandria Va., and conducted from February 2008 to June 2009 at William Beaumont Army Medical Center (WBAMC), Fort Bliss, El Paso, Texas. Participants were 91 active-duty military personnel between the ages of 18 and 35 years old.

“It is critical that we explore drug-less approaches to reduce pain,” said Wayne B. Jonas, M.D., president and CEO of Samueli Institute. “Chiropractic manipulation is an important option to consider for musculoskeletal disorders, which is the most prevalent pain complaint in the military.”

Col. Richard Petri is the chief of the Interdisciplinary Pain Management Center (IPMC) at WBAMC. “This is a significant step for recognizing the value of chiropractic care in the military,” he said. “Continued research in this area will ultimately result in better healthcare delivery systems as well as the improved health of our beneficiaries.”

“While these findings are exciting, they need to be confirmed with additional research that replicates this study on a larger scale,” Dr. Goertz added. “Palmer College, the RAND Corporation and Samueli Institute received a $7.4 million, four-year grant from the Department of Defense last year to conduct a similar multi-site clinical trial, this time with a sample size of 750 active-duty military personnel.”

This study coincides with an earlier conducted study by TRICARE.  TRICARE, the health program for military personnel and retirees, evaluated patients’ response to chiropractic care. The enormously high patient satisfaction rates astounded the TRICARE administrators, with scores that ranged from 94.3 percent in the Army. The Air Force tally was also high, with 12 of 19 bases scoring 100 percent; and the Navy also reported ratings in the 90 percent or higher. Even the TRICARE outpatient satisfaction surveys (TROSS) rated chiropractors at 88.54, which was 10 percent “higher than the overall satisfaction with all [health care] providers.”

Chiropractic care, whether for active-duty military personnel or civilians, proves to be a formidable arsenal in the healthcare field, and many can benefit from its treatment.  Whether for low back pain, or other types of health conditions such as headaches, neck pain, sports injuries or fibromyalgia, conservative treatment such as chiropractic has proven to be effective (through studies such as the ones above) as well as cost effective (proven through other studies as well).

If you are looking for an experienced chiropractor in Augusta GA and suffer from low back pain, contact our friendly staff at Georgia Clinic of Chiropractic for a complimentary consultation.  With our back-pain-specific treatments, we have significantly helped a wide range of low back pain sufferers with their condition.

Retired Brigadier General, Rebecca S. Halstead rose through the ranks to become the first female graduate of West Point promoted to General Officer and the first woman in U.S. history to command combat at the strategic level in the Combat Theater of Iraq.  Now that she is under regular chiropractic care for her fibromyalgia, she says she’s off the more than dozen prescriptions she was taking and feels better than ever.  She goes on to say that “If I had had more access to sustained chiropractic care [when I was in active duty], I would probably still be in the military.”