Could You Be Suffering From Text Neck? 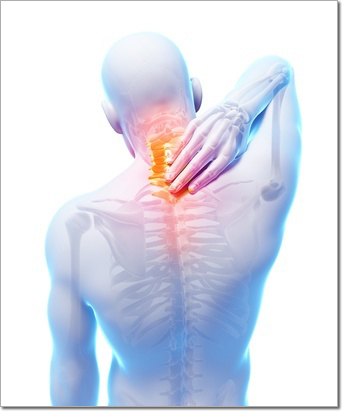 What is Text Neck?

According to the Wireless Association, Americans sent 196 billion texts in June 2011, compared to 12.5 billion texts in 2006.  With the rapid increase in mobile texting comes a group of symptoms including headaches, neck pain, shoulder pain, as well as arm and wrist pain. The culprit of these symptoms?  A condition known as Text Neck, which is caused by the neck being flexed for a prolonged period of time.  The longer your neck is being flexed, the more the surrounding muscles have to accommodate.

A 2011 study published in the International Journal of Occupational Safety and Ergonomics found that 53 percent of mobile phone users suffer numbness or neck pain. Another, potentially more troubling study, led by Professor Erik Peper of San Francisco State University and published in the journal Applied Psychophysiology and Biofeedback, discovered that 83 percent of subjects reported some hand and neck pain during texting — but also displayed other signs of tension, like holding their breath and increased heart rates. Participants in Peper’s study experienced these physical symptoms of tension while texting even when they believed they were relaxed, he reported.

Those at Highest Risk for Developing Text Neck

According to a recent study of 800 teens between the ages of 12 and 17 conducted by the Pew Internet and American Life Project and the University of Michigan’s Department of Communication Studies, teenage girls send or receive an average of 80 text messages a day, and one third of teens who have cell phones text more than 100 messages daily. Teens use cell phone texts to communicate more than any other form of interaction, even face-to-face talking and instant messaging, according to the study.

Test Out the Effects Yourself

Try to take a deep breath in a slumped position. Now sit up straight and try again. Experts say slouching can reduce the capacity of your lungs by as much as 30%.  A lack of oxygenated blood flowing through the body can potentially lead to vascular disease. And gastrointestinal problems can be caused by pressure placed on the organs in a bad posture. Headaches and even arthritis can develop. The average human head weighs between 10lb and 12lb and flexing the neck at an angle makes it harder to support, raising the odds of pain and stiffness which can radiate down the shoulders, arms and wrists.

How Chiropractic Can Help Text Neck

Fortunately, the pain is very treatable with chiropractic care. The Text Neck Institute conducted its own study with two groups of patients aged 13 to 27. Both groups received chiropractic treatments, x-rays, and exercises to do at home. The group that was told to hold their mobile devices at eye level reported the most improvement, although both groups reported feeling better after a month of treatment.

As chiropractors in Augusta GA experienced in treating text neck, Georgia Clinic of Chiropractic can treat the source of your underlying cause of text neck, with its symptoms appearing as chronic back or neck pain and chronic headaches. Some our patients also come in with complaints of wrist pain and thumb pain from holding their devices for prolonged periods of time.  We have had great success in not only treating the common symptoms of text neck, but extremity complaints as well, such as wrist and thumb pain.  If you would like to schedule a complimentary consultation so that we can determine if your condition is treatable with our care, feel free to contact our friendly staff at (706) 814-5053.