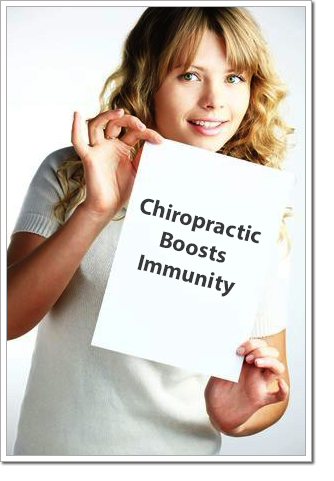 There is a growing body of evidence that wellness care provided by doctors of chiropractic may reduce health care costs, improve health behaviors, and enhance patient perceived quality of life. Until recently, little was known about how chiropractic adjustments affected the chemistry of biological processes on a cellular level.

Ronald Pero, Ph.D., chief of cancer prevention research at New York’s Preventive Medicine Institute and professor in Environmental Health at New York University, began researching the most scientifically valid ways to estimate individual susceptibility to various chronic diseases. He has conducted a tremendous amount of research in this area that includes over 160 published reports in peer reviewed journals.

Pero and his colleagues discovered that various DNA-repairing enzymes could be significantly altered following exposure to carcinogenic chemicals. He found strong evidence that an individual’s susceptibility to cancer could be determined by these enzymes. Lack of those enzymes, Pero said, ‘definitely limits not only your lifespan, but also your ability to resist serious disease consequences.’

Pero was fascinated by the relationship cancer-inducing agents had on the endocrine system. Since the nervous system regulates hormone balance, he hypothesized that the nervous system had to also have a strong influence on one’s susceptibility to cancer.

To support this argument he found a substantial amount of literature linking various kinds of spinal cord injuries and cancer. Pero found that these injuries led to a very high rate of lymphomas and lymphatic leukemias. This understanding led Pero to consider Chiropractic care as a means of reducing the risk of immune breakdown and disease.

Pero’s team measured 107 individuals who had received long-term Chiropractic care.  The chiropractic patients were shown to have a 200% greater immune competence than people who had not received chiropractic care, and a 400% greater immune competence than people with cancer or serious diseases. Interestingly, Pero found no decline with the various age groups in the study demonstrating that the DNA repairing enzymes were just as present in long-term chiropractic senior groups as they were in the younger groups.

Pero concluded, ‘Chiropractic may optimize whatever genetic abilities you have so that you can fully resist serious disease…I have never seen a group other than this show a 200% increase over normal patients.’

The results were compared to those of a non chiropractic control group of 30 subjects. Long term chiropractic care of two or more years was shown to re establish a normal physiological state independent of age, sex, or nutritional supplements. Symptom free or primary wellness subjects under chiropractic care demonstrated higher mean serum thiol levels than patients with active disease, and produced some values that were higher than normal wellness values in non chiropractic subjects.