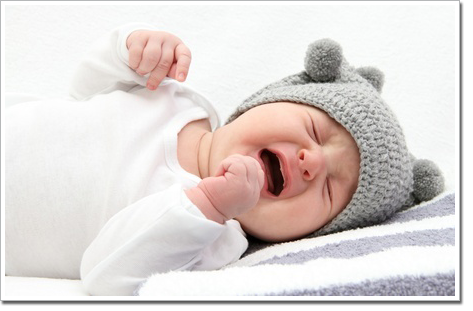 What is infantile colic?

It is fairly common for babies to go through periods when they appear abnormally irritable, fussy, or seem to cry for no reason. Some babies are fussier than others and may even be described as “colicky.” Colic can be defined as excessive crying or fussiness, usually in the late afternoon. It starts around 2 weeks and generally resolves or is resolving by 12 weeks. Rarely does it endure past six months of age.

About 40 years ago, a pediatrician named Dr. Morris Wessel conducted a study on excessively fussy children. The definition he chose to use to describe colicky babies was not considered scientific, but it stuck with physicians. His definition of a colicky infant was a child who cried for more than 3 hours a day, for more than 3 days a week, for over 3 weeks. This is often referred to as the “Rule of 3’s” and these rules came to be known as the Wessell Criteria, which is now used in most current studies of babies with colic.

Research on chiropractic care and colic has shown significant benefits over other treatments such as dietary changes, medication, and infant positioning. A randomized clinical trial published in 1999 in the Journal of Manipulative and Physiological Therapeutics found that “Spinal manipulation is effective in relieving infantile colic”. For this study the researchers randomly assigned infants diagnosed with colic into two groups. One group received chiropractic care for two weeks and the other group was given the anti-gas medication dimethicone for two weeks. The babies in the chiropractic group showed a 67% decrease in crying while the babies on medication showed a 38% decrease in crying.

Another study that was published in the Journal of Manipulative Physiological Therapeutics involved  73 chiropractors that adjusted the spines of 316 infants with moderate to severe cases of colic. These babies were averaging 5.2 hours of crying per day. The infants’ mothers were given a diary to record the baby’s symptoms, intensity and length of colicky crying and the level of comfort or discomfort of the infant. Over a period of two weeks (usually three visits), 94% of the infants treated with spinal adjustments showed a successful rating when compared with the other group of babies. One fourth of these showed improvement after the first adjustment. The other group of babies, who were medicated using Dimethicone drops, improved by only 38%.

How Our customized chiropractic may help your baby

The healthy functioning of your baby’s spine and nervous system will play an integral role in the overall health of your child. Chiropractic treatments for the correction of nerve dysfunction have been acknowledged as an effective therapeutic tool for infantile colic. While keeping in mind that every infant’s case is individual and there are no guarantees, evidence suggests that chiropractic typically has a 94% success rate with colic.  If you intuitively feel that something is not right with your baby, have your baby assessed by a chiropractor experienced with treating babies. Healthy babies, free of nerve irritation, are happier babies.  You can schedule a complimentary consultation with us, where we can determine if your baby would be a good candidate for our care.