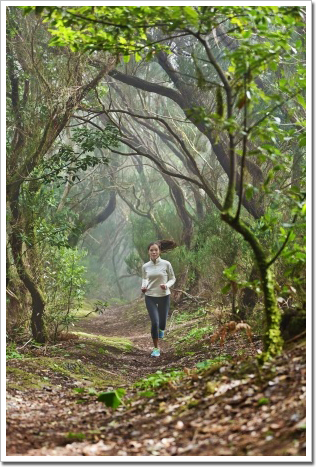 Iliotibial band syndrome is the leading cause of lateral knee pain in runners accounting for up to 12% of all running-related injuries. The ITB is a sheet of connective tissue originating at the iliac crest and terminating at Gerdy’s tubercle and the fibular head. The Iliotibial band runs down the lateral thigh and knee and passes over the lateral femoral epicondyle (LFE).  The Iliotibial band’s primary function is to coordinate muscle function to stabilize the knee during running, jumping and lateral movements.

We commonly see runners at the gym  foam-rolling the outside of their thighs with no real lasting relief. Like Plantar Fasciitis, this is an injury that can stick around for a very long time if the cause is not identified. There have been multitudes of runners who have given up running all together because of this agonizing malady.

Signs and Symptoms include:

Pain is usually most intense when the knee is in a slightly bent position, either right before or right after the foot strikes the ground. This is the point where the ITB rubs the most over the femur.

Iliotibial Band Syndrome can occur in: 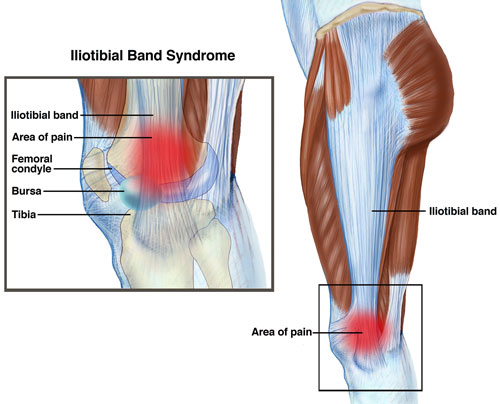 Treatment with an Iliotibial Band Syndrome Specialist in Augusta GA

Treatment depends on the stage at which the ITB syndrome is found at the time of examination. Our customized treatments as sports chiropractors in Augusta GA encompass address both the soft tissue structures as well as the joint function.

To address the soft tissue structures that affect the IT band, we are specialized in Active Release Technique (ART®), which is a technique that can successfully remove myofascial adhesions (scar tissue) that have developed in the muscles that surround or connect into the IT band: gluteus maximus/medius, TFL, vastus lateralis (outside quadriceps muscle), biceps femoris (outside hamstring), and in some cases the tibialis anterior. Additionally, we can also provide cold laser therapy to further address myofascial adhesions.  Studies have that cold laser therapy has been shown to reduce the formation of scar tissue following tissue damage.

Our customized chiropractic adjustments can then be administered to improve the joint function of the low back, pelvis, hip, knee, and ankle to help improve the symptoms at the knee.  For example, If the pelvis has misaligned the ITB may be pulled tighter on one side. This must be especially considered if the ITB syndrome is on one side only.

Once pain has significantly decreased,we can provide you with specific exercise protocols to help prevent recurrence of symptoms and strengthen weak muscles such as the gluteus medius muscle. Gluteus medius weakness results in greater adduction angle at the knee (knee moves inward) during gait which results in over stabilization of the IT band leading to ITBS, trigger points, and contracted muscles. Proper strengthening of the glute medius will result in greater hip stabilization and keep the knee from deviating towards midline during dynamic movements (running, squatting, jumping).