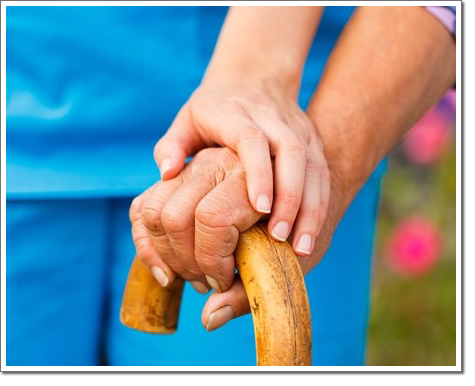 Parkinson disease (PD) is a neurodegenerative brain disorder that progresses slowly in most patients. When approximately 60% to 80% of the dopamine producing cells are damaged, cardinal motor symptoms such as akinesia, rigidity, and tremor begin to appear.

A small number of patients have a direct mutation that causes it, but genetic predisposition and environmental factors are most commonly the cause. PD is a central nervous system disorder resulting from destruction of the substantia nigra, which initiates dopamine release, an inhibitory transmitter. The lack of dopamine causes a continuous excitatory signal to be sent to the corticospinal tract of the spinal cord, causing over-excitation of the motor cortex; this over-excitation creates the typical PD symptoms.

Parkinson’s Signs and Symptoms May Include:

A case study found on the US National Library of Medicine illustrates how chiropractic can make a significant impact on the symptoms that Parkinson disease patients suffer from.

An 81-year-old male with a 12-year history of Parkinson disease sought chiropractic care. He had a stooped posture and a shuffling gait. He was not able to ambulate comfortably without the guidance of his walker. The patient had a resting tremor, most notably in his right hand. Outcome measures were documented using the Parkinson’s Disease Questionaire-39 (PDQ-39) and patient subjective reports.

Passive ranges of motion of his extremities showed rigidity with movement. It was difficult for him to extend his arms. His cervical musculature was rigid when lying supine; it took 3 to 5 seconds for his head to relax onto the exam table. When asked questions, he had difficulty responding due to stuttering pauses, which were frequent. His past medical history revealed hypertension controlled with lisinopril, hypothyroidism controlled with levo thyroxine and PD being treated with amantadine and ropinirole.

He performed a finger-to-nose test with both eyes opened then closed, which resulted in a tremor bilaterally at the initiation of movement which subsided throughout the movement, and returned upon ending the test with the finger at his nose. When examining fluidity of eye movement pursuits, there was disruption upon leftward movement. He then followed a moving target to the left of his visual field. When examining the motion of his eyes, there were abrupt pauses in movement. He demonstrated a resting tremor of his right hand that was continuous throughout the entire examination.

A PD questionnaire 39 (PDQ-39) was given at the initiation of care and the patient scored a 15. This instrument has the patient rate his or her activities of daily living and well-being.12 The patient received care twice a week after the initial examination for a duration of 2 months.

After 2 months, the patient completed a PDQ-39 with the score of 9, demonstrating improvement in activities of daily living and well-being. He also noted improvement in his ability to write his name without a tremor. He subjectively indicated an improvement in posture becoming more erect and a reduction in the leftward lean.

After seeing positive results in posture he began to walk without assistance from a walker. The patient stated that he no longer felt “unbalanced” to the point of needing assistance while walking, since under care he is no longer using a walker and continues to take more fluid steps with increased strides and stability.

Treatment for the Symptoms of Parkinson Disease in Augusta GA

Although Parkinson’s disease can’t be cured, specialized chiropractic treatments can help patients manage their symptoms, and in many cases, significantly improve their quality of life.  Many patients who suffer from Parkinson’s Disease receive customized treatments at Georgia Clinic of Chiropractic, and are able to experience a better quality of life through the reduction of their symptoms.

As experienced chiropractors in Augusta GA, we welcome you to experience our customized care, where each patient receives a thorough evaluation and treatment that uniquely corresponds to that patient’s health needs and preferences.